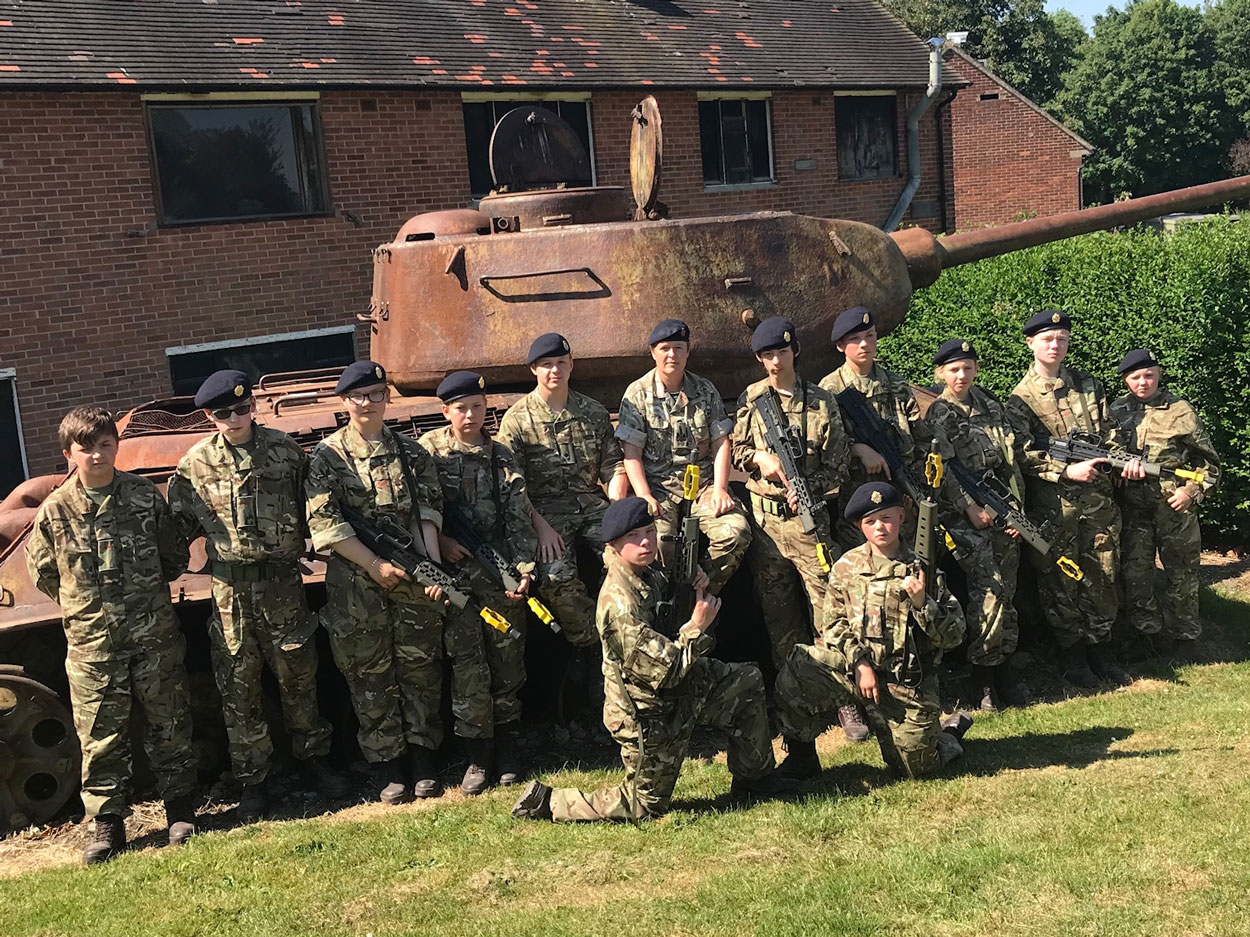 Founded in September 2017, the Combined Cadet Force at Sirius Academy provides a safe environment where cadets can develop their personal skills as well as their ability to lead and work in a team. Both skills are useful in all walks of life, in the work place, on the sports field and in other challenges the pupils may encounter in later life.

The core values of our Combined Cadet Force are:

Cadets will be expected to attend Tuesday sessions in well-presented uniform and will have the opportunity to take part in a wide range of activities including: field craft (how to live outdoors), drill (marching), weapon handling (how to safely conduct drills using a rifle), physical training, military skills and much more.  Exceptional Cadets may be put forward for the Rocky Mountain Leadership Course in Canada.

In addition all cadets are expected to attend a Central Camp in July to benefit from the training and familiarisation opportunities they provide. These camps are fabulous value for money and is the culmination of the CCF year and the training and skills learnt during it are essential in the development of the cadets’ CCF career. Central Camp is the highlight of the year and is organised and conducted by serving members of the Army with the object of developing our cadets in all aspects of CCF. There may be opportunities for other trips and camps both during term-time and during the school holidays.

The CCF parade every Tuesday 1530 - 1700 at the Sirius West site; North students travel across in the school minibus and return to North site approximately 1730.

We recruit students all year round and from year 8 to 11.  If you have any questions or would like to join the Cadet Force, please contact the following:

Good grades do not have to be galaxies away. View our prospectus